Waldemar Gretsinger: “The fields were like gold those days” 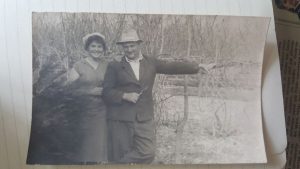 Waldemar Gretsinger and his wife Valentina at the research station in southern Tajikistan. Photographer unknown, photo copied with permission from the archive in the local research station, 2021.

When I first arrived and wandered through a locality in one of the southernmost districts of Tajikistan back in 2012, some people had little doubt: I was Katia’s daughter. Katia was a German woman who lived in their locality in the Soviet years. She was not the only one. After all, “many of us had a German girlfriend in those years,” a friend told me once, with a smile on his face. There was a big German community in the locality in the late Soviet period. People had arrived in the 1940s. In the early years they faced difficulties to adapt to the harsh Tajik climate (see Otto Pohl).

When the Soviet Union broke down, and the situation worsened with the Tajik Civil War (1992-97), many Germans tried to leave Tajikistan, in particular those living in the southern Khatlon region, which was one of the main centres of the conflict. Katia couldn’t leave, and in the last years of her life she lived in a small district town. When she fell ill, one family living in a nearby village looked after her until her death in the 2000s. When I met them in 2012, they immediately associated me with Katia and urged me to stay with them whenever I would be around. Later on, I understood that my Tajik host father and Katia had planned to get married just after the breakdown of the Soviet Union and leave for Germany. My host father envisioned he could have made a living in Germany and, in that way, support his family back home in Tajikistan. Unfortunately, their plans fell through. (click here for another tethys story about a German resident in Nizhni Pyandzh)

People still talk in very positive terms about the German community living and working in their surroundings during Soviet times. According to some locals, many Germans were well-educated and became part of the cadre; their presence spurred local development.

One person who enhanced the reputation of Germany among the local population was Waldemar Gretsinger. According to local inhabitants, Gretsinger arrived in the area in 1946 as a deportee and died in the locality 46 years later, in 1992. He was an agronomist and came to work on an agricultural research station, focused on research on subtropical crops, including, among other crops, citrus fruits (still produced in the area today), olives, and sugar cane. Nikolai Vavilov, then-president of the Academy of Agricultural Sciences (commemorated on the wall of the local research station’s office) initiated the scientific research on subtropical crops in southwest Tajikistan from the 1930s onwards and a few years later they even prepared the first batch of Soviet-Tajik rum. 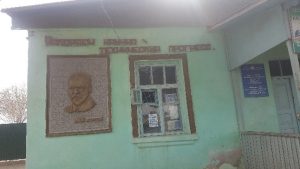 The office of the local research station, with Vavilov portrayed on the wall 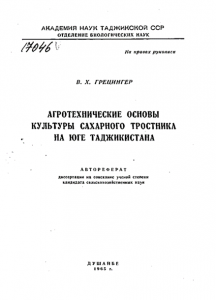 Locally, but also nationally, Waldemar Gretsinger became well known. He was appointed director of the local research station, which, now part of a state commission based in Dushanbe, still carries his name. He interacted with locals as he cycled around on his bike, and gave instructions to the staff. His wife, named Valentina in the memory of local inhabitants, mingled little with the local population. The couple had two sons and one daughter. After Gretsinger passed away in 1992, his wife Valentina left to Germany. The exact departure date of the children is not clear, but according to local inhabitants, they also left to Germany.

People still recall Gretsinger, his Volga, and the good times: “He never gave direct orders or pointed bluntly to mistakes. We were rich [Mo ser sum budem], and the fields were like gold those days.” It has been estimated that over 38.000 Germans were deported to Tajikistan in the 1940s. While the majority left (or died), some Germans, ethnically labelled as “nemis” in their passport, still live in Tajikistan – estimated at a number of 400 peope. 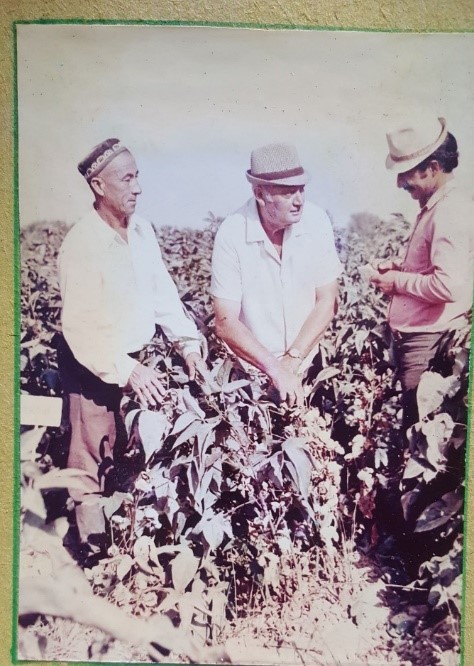 Gretsinger with two colleagues. Photographer unknown, photos copied with permission from the local archives of the research station, 2021.

Irna Hofman is a Post-Doctoral Research Associate at the University of Oxford. This contribution is primarily based on fieldwork periods in Tajikistan conducted between 2012-2015, and has benefited from Irna Hofman’s ongoing research, funded by the European Research Council (grant agreement No 803763), for which she conducted research in Tajikistan in 2020 and a part of 2021.

One Thought on “Waldemar Gretsinger: “The fields were like gold those days””