Kyrgyzstan and the wild man riddle: More questions than answers

An article by Gustavo Sánchez Romer is a Crypto-zoologist, zoologist and museologist 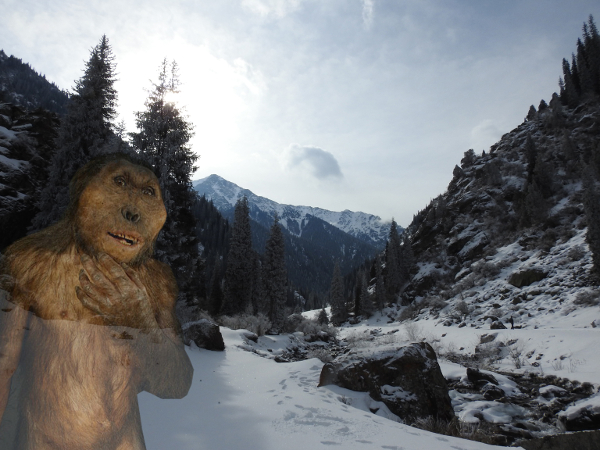 The Central Asian Wildman is a mystery within an enigma. In this article the reader will find lots of questions marks, a clear indication of the previous sentence. In a country like Kyrgyzstan, where 90% are mountains and the average height is 2.700 m. the alleged… hairy biped? has lots of places to hide in valleys and gorges remaining undetected. Are we talking about a new primate species? Or maybe an unknown mammal, maybe from the bear family? Relict population of Neanderthal man? Stranded offshoot of our past human evolution developing in isolation into an unknown form?

The Kar (кар) Adam (адам), literally snow man in Kirgiz, as locals refer to it, remains hidden. Entire Kirgiz mountain ranges, 5.000 m. + peaks and huge alpine valleys remain undiscovered, unexplored. There are vast areas, thousands of km2 where no one lives, not even shepherds or hunters. To give a quick example, the province of Naryn, where there has been snow man activity recorded recently, has an area of roughly 46,000 km2 which is larger than the Netherlands (42,540 km2), but with only approximately 200.000 inhabitants (the Dutch country has a population of 17 millions). Is it possible that in this remote areas, alternating deserted mountains with lush and wooded slopes, small groups of unknown primates still roam free? If so, how do they survive? 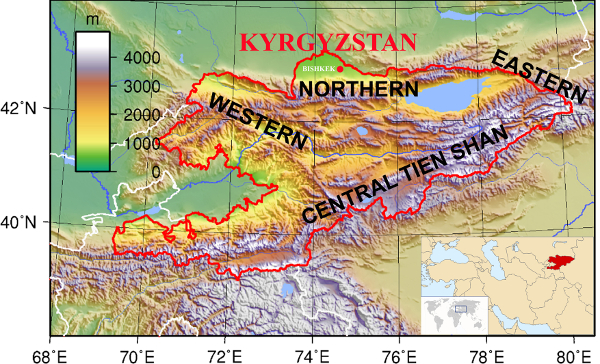 Well, if we zoom out from space, as we do when surveying planet Earth with modern satellite software, we can see part of the solution, and the main wild man problem. Its desolate, mountainous, extensive and hard to reach habitat is not fragmented nor reduced. This is a humongous geographical area. It could start with the Tien Shan mountains that communicate to the South with the neighboring, highly unexplored and wild Tajikistan, via the huge and almighty Pamir mountains. This awesome range, from where wild man sightings and stories also come from, connects then with the Hindu Kush, a natural boundary between Afghanistan and Pakistan. In those regions, Spanish zoologist Jordi Magraner investigated the Barmanu, the local name for the wild man, for over 10 years, collecting many testimonies, stories and real sightings. Unfortunately, Jordi was killed by the Taliban in 2002, in an unresolved act of vengeance, mistrust or simply bad luck. From Jordi´s last outposts, and thru the Kunlun range, the ever present mountains join the infamous Karakorum, where mount K2 rests silently, deadly. It is one of the few 8.000 m. peak that has not been successfully climbed in winter, yet.

This area is home to the world´s highest peaks since then connects with the famous Himalaya and mount Everest, an area comprising approximately, in total, more than one million km2. This is the wild man territory, and he knows how navigate it and exploit it. Along this mountains and valleys, which connect Bhutan with Russia, at the Altai range, a fairly stable, but very scarce population, maybe not even reaching a couple thousand individuals, can remain invisible. If we think about the mountain ghost, the highly elusive snow leopard, with a total population of around 5.000 individuals, disseminated in more or less the same territory, we can understand how hard it can be to track down the wild man. Because the Kar Adam, and its cousins and relatives, the Mongolian Almas, Yeti types in the Himalayas, Afghan Barmanus and Siberian Chuchunaa combine the resistance, mountain adaptability, speed, stamina, intelligence and sensitivity of the white big cat, with, what it seems, an intellect.

The image on the left is the mi rgod (pronounced Mi-gö): “The Mi-gö is a bear species living in the mountains, similar in shape to man and possessing great power and dexterity.” The passage also describes how medicine can benefit from the meat of mi rgod. The passage to the right gives a comparative description of the monkey.

This condition, normally associated to social species, brings obvious advantages for survival in such a wild and extensive territory. A space in which there are plenty of prey items too. From big wild sheep and deer, goats and domestic animals, rodents and marmots to mice and jerboa, insects, invertebrates and birds. Where water is everywhere in the form of alpine streams and rivers, we find abundant caves available too. Forest areas, woodlands, pastures zones, interconnecting ranges forming a labyrinth of mountains and valleys… in the end an ecosystem very similar to the one that our ancestors, Cro-Magnons and the like, faced 15.000 years ago. 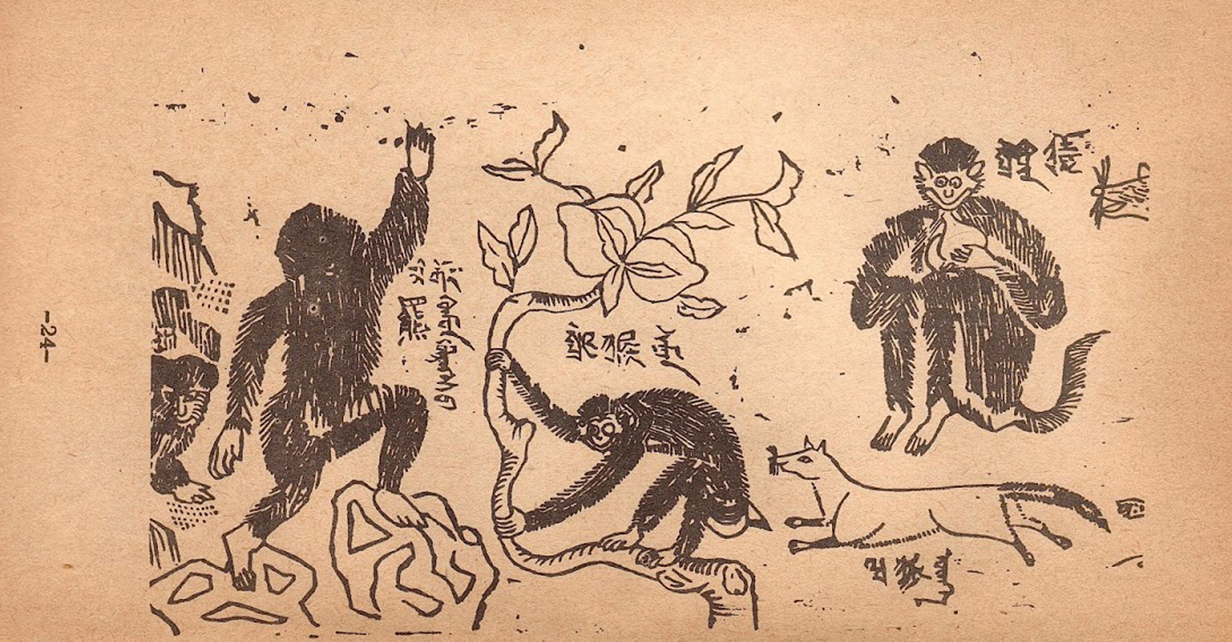 In Kyrgyzstan, and other portions of Central Asia, time has somehow stopped, and nature has kept less altered, not so much spoiled from human devastating activities. Here the impact has been softer, at least in certain regions, so you can feel such prehistoric, ancestral sense. Maybe something else, tangible, biological and truly wild, has remained.

One Thought on “Kyrgyzstan and the wild man riddle: More questions than answers”